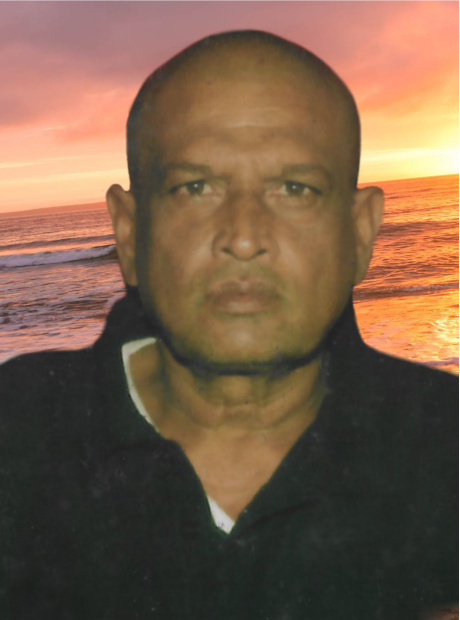 STEVE WILL BE LOVINGLY REMEMBERED AS THE: Ex-Husband of Sylvia Neeta Petrovanie Son of the late Batiya and Harrylal Rampersad and Teacher Die-D Grandson of the late Toya Father of Matthew, Kevin, Nikkita and adopted son Robert Brother of Ramesh, Khrishna, Kenneth, Quarjah, the late Angela and others Father-in-law of Donardo, Shoma and Marisa Son-in law of Mona and the late Coksie Harriypersad Brother-in-law of Susan, Jane, Maureen, Jennifer, the late Sydney, Rodney, Bryan, Everton, Mouse, Parbatie, Neela and others Grandfather of Isaiah, Steven, Jeremiah, Liam, Joseph and Elianna Uncle of Denise, Christopher, Christian, Randy, Acklima, Gerrad, Alex, Kevan and others Nephew & Cousin of the Parryasotan family and others Friend of Glen, Lawrence, Buddy, Toolsie, Jap, Birth, Naths, Bernel, Lana and many others ACKNOWLEDGEMENT The family of the late STEVE JOHN RAMPERSAD wishes to express their sincere appreciation to all those who sent their condolences, attended the funeral and helped during their recent loss. May God bless you all.